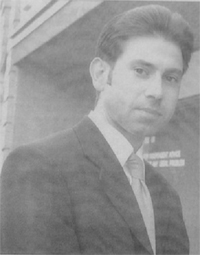 Riaz Khan is an expert lawyer in the field of human Rights, Immigration and Asylum and has championed the cause of ordinary citizens to gain access to justice and contributed to bringing about changes to the UK domestic law so that the lives of ordinary citizens are not adversely affected.

In 1999, he qualified as a solicitor and joined a local law firm in Sheffield where he stayed until 2003 before setting up his own niche practice in Barnsley called Riaz Khan & Co Solicitors. At his practice he has been specialising in all aspects of Human Rights Law together with Immigration Law and has fought high profile cases from High Court all the way to the Supreme Court.

Riaz Khan has established one of the leading law firms in the United Kingdom in the field of Human Rights Law, Immigration, and Nationality and in that it has achieved a considerable success rate in representing clients against the local and national government institutions in the Courts. He has successfully represented a range of clients from ordinary to high profile over the last ten years of its operation. Some high profile cases attracted media attention and coverage by the local media including Yorkshire Television.

Spouses – In the case of Quilla and others v Secretary of State for the Home Department 2011, Riaz Khan represented Sheffield Community Action Group and intervened in the above case in the Supreme Court, which lowered the age of overseas spouses from 21 years to 18 years in respect of Entry Clearance applications to the UK. Spouses now do not have to wait until they are 21 in order to come to the UK.
Hindus’ Open Field Cremation funeral ceremonies in the UK – Riaz Khan represented the Sikh community and joined in a legal action together with the Hindu Community against Newcastle City Council for refusing to allow Hindus and Sikhs to have an open field cremation ceremonies . Riaz Khan successfully represented the Sikh Community in the case of Ghai v Newcastle City Council in 2010 where the Court of Appeal overruled the decision of Newcastle City Council.
Rights of failed asylum seekers– Riaz Khan successfully helped failed asylum seekers in the UK to gain new rights following which they were able to make a fresh asylum claim. Prior to this change of law, failed asylum seekers could not adduce fresh evidence to make a fresh claim. However, Riaz Khan took a legal action on behalf of the Kosovo Community in Barnsley in the case of ZT (Kosovo) 2009, House of Lords. This was a leading case which changed the legal landscape in the UK.
Spouses and Financial threshold of £18,600 – Riaz Khan is currently acting for Sheffield Asian Community Action Group in a landmark legal challenge to abolish the current draconian financial threshold of £18,600 which is required before overseas spouses are allowed to enter the UK. 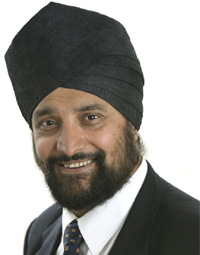 Satvinder Juss
Satvinder Juss has particular expertise in Comparative Constitutional law and Public and Administrative law. His practice includes judicial review hearings in the High Court and the Court of Appeal. He has considerable experience in Immigration and Refugee law, and various fields of human rights practice, from employment law to education law. He appears regularly in the High Court and Court of Appeal, and in the Privy Council.

He sits as a Deputy Judge of the Upper Tribunal hearing Immigration and Asylum cases. He is a former Human Rights Fellow from Harvard University, and a Harkness Fellow. He is a Professor and the Director of the MA course in International Peace & Security in the Law School at King’s College London and specialises in International Refugee law and in Human Rights, Public law and Comparative Law.

In October 2012 Satvinder was appointed to the A Panel of the Welsh Government’s Panel of Counsel to undertake Public Law and Employment work.
Satvinder is on the Panel of Arbitrators of the Indian Council of Arbitration, and of which he is also a Life Member.

He has written in a wide variety of journals in the UK and the USA and is the author of five books, the most recent being International Migration & Global Justice.

Satvinder Juss has been involved in the following cases:

Sibghat Kadri QC, Joint Head of Chambers at 2 King’s Bench Walk is a leading authority on immigration and race relations. He was the joint founder of the Society of Black Lawyers in 1973 and is a former BBC broadcaster. He is the former Chairman of the Society of Afro-Asian and Caribbean Lawyers in the UK and President of the Standing Conference of Pakistani Organisations.

Qualifications
Fellow of the Royal Society of Arts

HOW TO FIND US